After a fabulous weekend in 2022, we are delighted to announce that the Summer Beer Party will be returning next year, 2023, as the Summer Beer Festival. A 3 day beer extravaganza over July 6th-9th.

The Summer Beer Party A beer festival at the Yew Tree Inn, Peterstow, over Jubilee weekend, the 2nd to the 5th of June.

Camping and Caravanning is available for the Jubilee Weekend on Broome Farm, or at the Yew Tree Inn respectively. Click here to book. 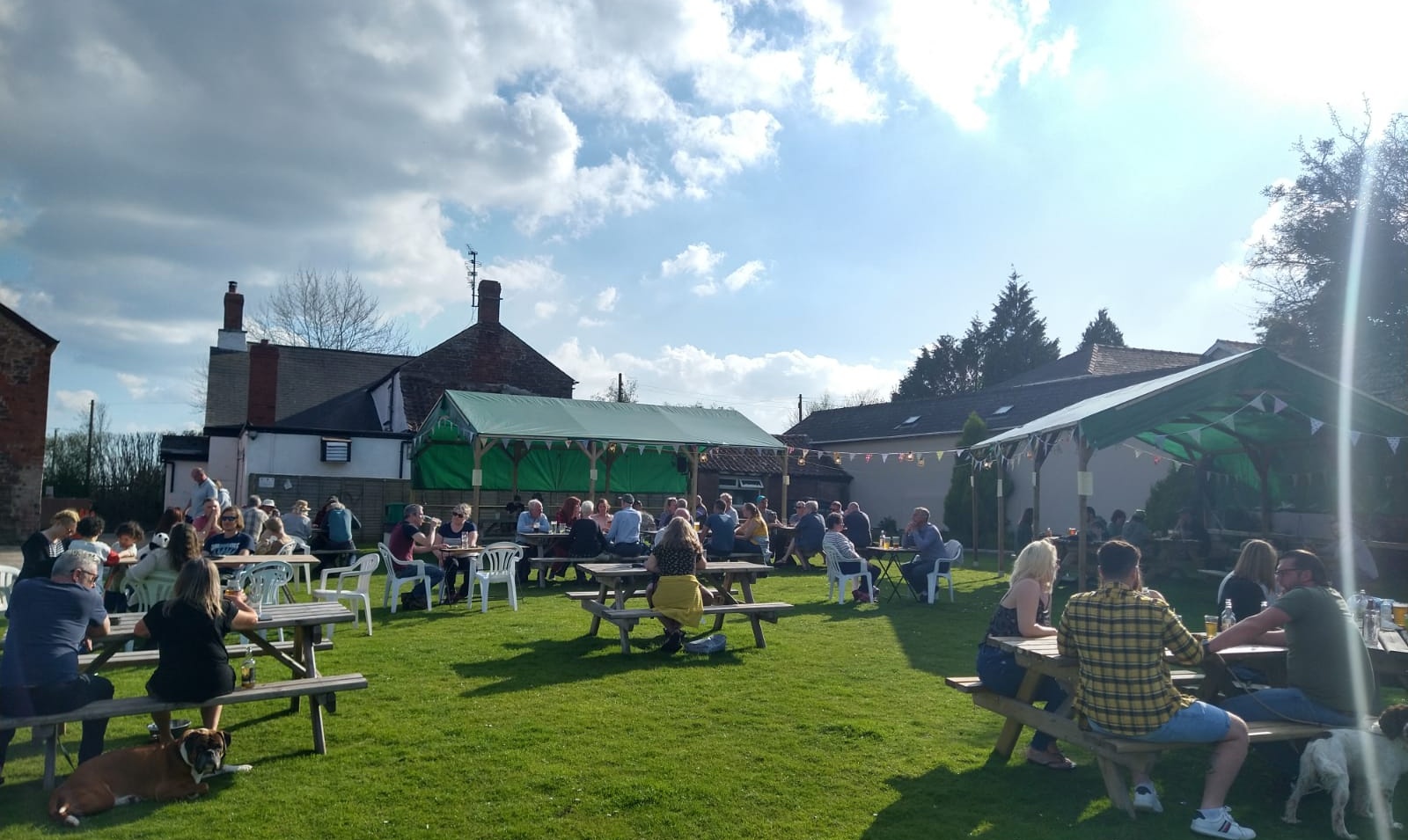 A sunny Saturday afternoon during our previous festival Ciderganza.

Thursday to Sunday, from the 2nd of June to the 5th, The Yew Tree Inn will host it’s Summer Beer Party. A beer and cider festival over the Jubilee Weekend, featuring live music, beer and cider tastings, a pop-up Jubilee tea room, Neopolitan pizza, and a community afternoon tea and picnic.

We will also have over 24 beers and ciders available on draught with a host of bottles to try too.

Keith Christmas has unfortunately had to cancel

The Lighter Thieves, 8pm, live on Friday 3rd of June

Tony Hopkins and the Strangers, 8pm, live on Saturday 4th of June

We will be running one tasting each day at 5pm, on Thursday, Friday and Saturday before our live band starts at 8pm. Tickets are available for each tasting here.

We have decided to reschedule the Tileys beer club, we will have a new date sorted asap!

Friday, 5pm, 3rd of June: ‘Cider Club’, a cider tasting led by Albert Johnson, exploring blending and the huge flavour variation that small changes can bring, through our own wide range of award winning ciders, and a special release of 3 ciders.

We have decided to reschedule the history of beer tasting to August. Specific date tbc.

We advise you to book ahead via either the CPK Facebook, or email info@cpkpizza.co.uk

The Yew Tree will also be the venue for a community picnic and high tea on Sunday afternoon organised by the Peterstow community, to which anyone wanting to get into the spirit of the weekend is cordially invited. Bring blankets, cakes, and good vibes!